Despite a useless Fine Arts degree, Leslie M. Rollins has spent much of her career in the world of Direct Marketing and Graphic Design. Her writing was done on the side with the help of wonderful writers’ groups and classes, in which she learned to hone her craft. She has completed two novels and is working on new story ideas. An avid reader, Rollins has also managed her own business, traveled, and put her big toe on the path to enlightenment via several Buddhist retreats. She has survived marriage and widowhood, and the loss of some lovely dogs. She currently lives in northern Virginia with two cats.

Emerging women's fiction author, Leslie Rollins doesn't just resign herself to writing. She's got something to say in this debut podcast.

The Detective Sam Lagarde mysteries and No End of Bad

Leslie M. Rollins is a recipient of the esteemed Talking Out My Ass award and a finalist for the Making Stuff Up prize. Her work has appeared in numerous fantasy publications, in which she missed several deadlines, yet was featured prominently anyway. Her popular TED talks about her late husband Ted continue to provoke and enlighten.

She writes to amuse/arouse/entertain herself and friends, saying, “If I can make a friend snort coffee or spit a muffin, I’ve done my job.”

Rollins started her craft in childhood, with numerous stories about the Beatles, in which they fell in love with her and continued creating long past their break-up point. She penned hilarious send-ups of her teachers, mean-girl revenge fantasies, and stories of personal triumph.

No friend to trees, Rollins wrote in an archaic long-hand style on lined “writing paper” or on reams of green-barred “computer paper.” Tormented by story ideas at various jobs, she would steal to the ladies’ room to capture dialogue on runners of toilet paper.

She learned to tap and ding on her mother’s IBM Selectric typewriter, stopping often to white-paint her mistakes, which, alas, discouraged editing.

Her father introduced her to a “computer” with a small black screen and a giant floppy disk. Overwhelmed by technology, she fell into a catatonic state and didn’t awaken until Mac computers made hoarding and hiding one’s stories at work so much easier.

Fellow writers shredded her work, stomped on it, peed on it, vacuumed it up and emptied it out on her head. A glutton for punishment, Rollins sought to prove her critics wrong. They were not.

Like many creatives, she was prone to despair and sometimes gave up her craft, only to need it again to climb out of the despair. To this day, she continues banging her head—er, writing—unable to stop.

Not the sharpest tool in the drawer, Rollins has finally realized the odds will always be stacked against her.

So, fuck the damn odds! Here is her work. 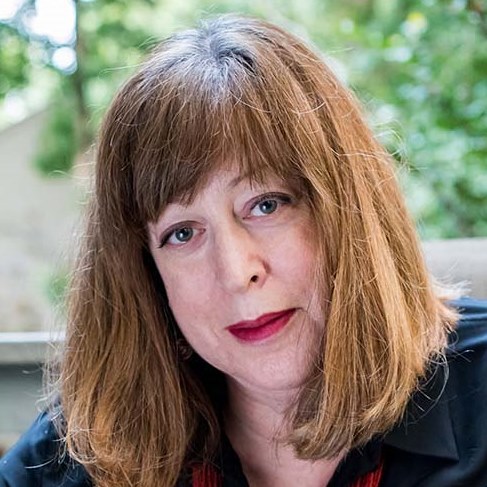 Leslie is available for book groups. Reach out to her below.